We'd love to hear from you

Feel free to talk to us if you have any questions.
just fill the form and we will get in touch with you shortly. 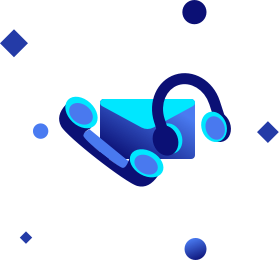 Thinking of making a web app??, You have got the million-dollar idea that will change the world but still you have not changed the world. As per saying “The idea is alone not important, It’s the execution that matters”

JavaScript is currently being used by more than 94 percent of all the websites. the framework which you use is equally Important, there are lots of JavaScript Frameworks which you can use from like Vue, Node, Express and many more. But the two frameworks which has been on everybody’s lip is none other that React and Angular.

Which is best then???

ReactJS is a JavaScript library that combines the speed of JavaScript and uses a new way of rendering webpages, making them highly dynamic and responsive to user input. Below you can see how far React js has come from the start.

They can actually reuse the components that was developed some other application sharing the same functionality which helps in saving time and resources.

Creating Web apps in React js are very easy, We can easily create Dynamic web apps. Before it was very complex, but after that the implementation of React js, It has solved many issues.

As React is using JavaScript to load its pages and load the content in most cases. Google and other search engines are able to read the content but it’s always required in these cases to check what the actual result is so the React is good for SEO.

Large Community is one of big advantages for React js Developers, It gives flexibility to the developers to find a library for any task they want to implement.

For example, if you want to search for a NPM, you will find various packages to work on with React JS and you will get support from the Facebook if you are stuck somewhere and that is why React js Developers are increasing day by day.

Going to make your components be able to transfer data from one to another, but when you have a lot of data that is/could be used all over the place, it quickly becomes easier to go for a solution like Redux to allow app-wide access. The alternative is a lot of props, ugly jsx-code and debugger-hell.

Redux is also a clear strategy to handle any API/database responses at a central location. You don’t want those calls sprinkled all over your components.

Documentation is good but it becomes bad when it comes up with new releases of extremely new tools. Developers struggle with integrating these tools with ReactJS.

Some Senior people, developers think that React technologies are updating and accelerating so speedily that there is no proper time to write the information.

ReactJS uses JSX, As some of you know JSX is a big no- no, Some developers  of the development community consider JSX to be a serious disadvantage. Developers and designers complain about JSX’s complexity and consequent steep learning curve.

Below you can see how this framework has gain its Worth.

Code is Consistent in Angular JS, This will improve the performance plus lower the cost of development, Code can be reusable and easy maintainable in Angular JS.

In Angular, There is Two way data binding services which makes easier and faster data binding, It will make sure that the changes made are instantly shown in the model and the vice versa.

Manipulating Document Object model is one of the ways that standout Angular js from other Javascript Frameworks. The workers saves time and money and other efforts due to DOM Manipulation in Angular.

Open source frameworks grow because of the work of volunteers. To that end, Angular has a massive community that contributes tons in the way of functionality and assistance. There’s no shortage of help, including an active Slack community to get answers.

There are also copious amounts of documentation from the project teams and from third-parties in the way of books and videos. Self-learners will see there’s no problem finding how-to and tutorials that cover the basics.

The server performance is good because reduces the hassle from server CPU’s, It means that the server performs extremely well thanks to reduced traffic and because it only serves static files and responds to the API calls.

If you are a fast learner, you can get familiar with AngularJS in no time. And once you feel fully comfortable working with it, you will see that your development efforts and time spent dealing with it will shrink.

Is there anything worst then not having responsive web in 2019?? Angular js provide us with the good responsive, Faster speed Loading and smooth websites and Apps.

Scopes is not simple to handle and plus if it is the first time to you are including with Angular, Then it will very difficult for the first timers to adapt.

Developers’ Tend to go to go on Usual Routes but to implement model-view-controller architecture patterns using angular JS can be heavy task and what if the developer’s having In case you have hard deadlines to meet, this might not be the right way to go. A resolution, however, could be to hire some experienced if you wish to unlock the framework’s advantages.

Rather than ensuring a straight learning graph, you can have to face great trouble in getting adapted to the framework. However, the Definite documentation available may further disturb the learning process. However, the day-by-day approaching community is making it simpler.

Capable AngularJS developers deal with these as minor hiccups as they openly promote its exciting cons.

As you have seen the details, Popularity, Cons of React JS and Angular JS, You can now easily choose which framework is best for your Web application.

If your preference is in the search engine then you should go with React JS but if you focus on Responsive web, Consistent code then you can go with Angular JS, Choice is yours.

I am the business development manager of Webrex Studio, passionate about writing everything related to the digital world. Creating strategies for implementing growth opportunities in existing and new markets and helping customers by addressing their needs effectively. In my free time I do Acting, Storytelling, Writing and exploring new technologies in the digital world.